Want to call Africa for free? VOIP is the answer!

Since the launch of Voice of Internet Protocol (VoIP), long distance phone calls have been made possible with the peace of mind that you can stay close to friends and family without creating massive phone bills.  Contacting family members on the other side of the world used to cost a fortune but great strides have been made in the world of VoIP technology to make things so much more cost effective.

What are VoIP services? 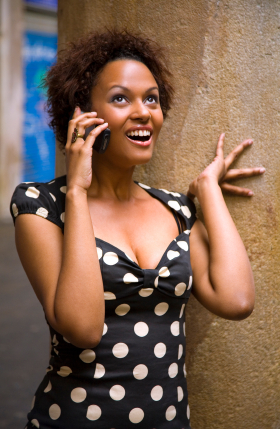 VoIP stands for Voice over Internet Protocol and although it may sound like a confusing term it really isn’t. The technology was discovered when communication companies sought to use the power of the internet to help reduce call costs and improve call quality. They quickly realised that the signals used to send data over the internet to all parts of the globe could easily carry the same digital signal as communication networks, such as phone cables and satellites.

In short, they could transmit your voice over the Internet; hence VoIP.

Some of the most popular VoIP services are provided by companies like Sipgate, VoipBuster and Skype and they use the VoIP technology to provide both audio and video services. If the caller and the recipient of the call are both connected directly to the Internet, then the VoIP service is more often than not free of charge.

Initially, this technology was solely available from PC to PC, using webcams and microphones to collect the video and audio and transmit them to the other user. However, the market for smartphones developed rapidly and became dependent on a regular internet connection, so it became increasingly apparent that smartphone users could also access these VoIP services.

Subsequently, smartphone developers and communications companies developed a countless apps to take advantage of this niche and we are now left to explore a wide range of services like Skype, Fring, Viber and many more.

How have VoIP services developed?

One of the most enduring qualities of the internet is its flexibility and it quickly became apparent to many of the more imaginative VoIP providers that there were glaring possibilities here.  While offering cheap PC-to-PC or Mobile-to-Mobile calls via the internet was one thing, surely there was scope for offering a cross platform service too?

Companies like Rebtel have led the way in developing software which is now able to connect a user via a tablet or smartphone, to another user who may be on an entirely different tablet, smartphone or even landline, thus developing further from simple VoIP technology.

Why do some VoIP services have charges when others do not?

If using a VoIP service like Skype, it is possible to make free calls to other users of Skype.  This works the same for many other VoIP providers (provided you have a ‘free’ Internet connection and won’t be charged for data usage by your smartphone network provider). But what about when you need to make a call to someone who is not using the same service?  Many companies now offer a solution, with varying price structures – since you are leaving the internet to reach a landline or mobile/cell phone then you will be charged for the part of the call that does not use the internet to transmit the data.

Rebtel are one of the cheapest providers here and offer an easy to use service with excellent call quality reported from its users. So even if you do have to pay a charge for a non-VoIP call, you are still only charged for the local connection in the country you are calling, which keeps call costs much lower than direct dialing internationally from your home phone or mobile.

The reason some VoIP services advertise call rates is not because they charge that for every VoIP call, but simply to indicate to users that if they make a call that cannot be connected using VoIP technology, then they will have to pay that rate for the part of the call that is connected in another way.

VoIP and Africa – A worthwhile investment?

Given that VoIP technology has opened the way for free communication across the globe, the next question has to be whether enough people in Africa have access to a PC or smartphone in order to make using these services worthwhile.

The answer to that question is an unequivocal yes!

In terms of PC, smartphone sales and the development of the Internet and 3G services, Africa is very much an emerging yet booming market, with sales increasing rapidly. The Kenyan telecom regulator recently revealed that there are over 30 million phone subscribers in Kenya, with more than 75% of people now having access to a mobile. The report also revealed that the number of internet subscriptions in the country is steadily increasing.

It is not just that Kenya is an isolated case, in Nigeria there were reports of over 90 million mobile phones in use with the numbers only growing. Indeed, A BBC Report from November revealed that Africa is the fastest-growing mobile phone market in the world, with an annual increase in users of 20% recorded every year since 2006. After Asia, there are more mobile phone users in Africa than there are in any other continent in the world. Since 2009, handset sales in Kenya have increased by 200%.

The BBC report estimated that not only were mobile phone usage figures increasing but that a significant proportion of users now have access to smartphone devices, particularly in better developed markets such as South Africa, Kenya and Nigeria.

As for the important issue of 3G coverage and penetration, allowing mobile, smartphone and PC users easy access to high-speed Internet services, 3G networks have now been launched in 159 countries across the globe and communications giants Ericsson estimate that by the end of 2017, 85 per cent of the world’s population will have access to high speed mobile services.

Whilst the roll-out and upgrade from 2G to 3G/4G is significantly slower in Africa than in Europe for example, market predictions indicate that the need does indeed exist, especially with modern families and friendship groups tending to be spread geographically.  Africa is still very much an emerging market for mobile telephone and VoIP services and as the demand for these products continues to grow, so will the coverage of 3G services to meet that demand.

Conclusion: Is VoIP the perfect solution for frequent free calls to Africa?

In short, VoIP is without doubt a great way for any user with a smartphone or tablet to make cheap, frequent calls to contacts in Africa. VoIP service providers not only offer a way to contact these people free of charge when using the internet, but the charges that are incurred when internet services cannot be used are much smaller than using a direct dialling service on your mobile or landline. The services are often better value than other options, such as pre-paid calling cards and are far more convenient to use on a regular basis.  Since the reality remains that many of our friends, loved ones and business associates in Africa don’t always have immediate access to VoIP services it can be advisable to explore other services like Rebtel who have expanded on VoIP technology to allow cheap calls to any phone, whether it’s connected to the internet or not.